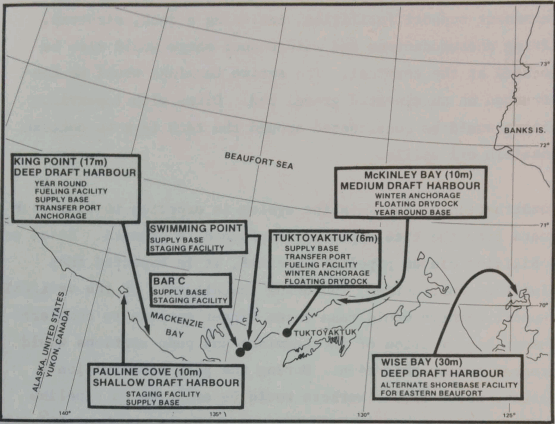 This 1981 document from Imperial Oil Ltd, the Canadian subsidiary of Exxon, is a report on “hydrocarbon development in the Beaufort Sea-Mackenzie Delta Region.” This document is part of the ClimateFiles Imperial Oil document set, gleaned by DeSmog researchers from the Glenbow Imperial Oil Archive Collection.

The report outlines a plan for increased hydrocarbon development over a twenty year period, and predicts future changes for Imperial’s operations in the Beaufort Sea Region.

The report specifically mentions the future possibility of increased mobility through icy waters: “Some operations which are now distinctly seasonal would become largely or entirely year-round. Both exploration and production would move further offshore…In the future, additional cargo could be delivered on a year-round basis using offshore icebreaking ships.”