This page features the top documents that the Climate Investigations Center believes lawyers, government officials, journalists, and the public must read to understand the unfolding #ExxonKnew investigations underway in several states.

There are three basic phases to this story:

Details found in a 1970 report, “Pollution Is Everybody’s Business,” authored by H.R. Holland, a Chemical Engineer responsible for environmental protection in Imperial Oil’s engineering division, suggests Exxon was aware as early as the late 1960s that global emissions of CO2 from combustion was a chief pollution concern affecting global ecology. Holland wrote: “Since pollution means disaster to the […]

February 29, 1980 the American Petroleum Institute hosts a meeting with its CO2 and Climate Task Force comprised of fossil fuel industry representatives from Exxon, Texaco, and Standard Oil. The meeting was called to discuss research needs regarding the rise in atmospheric CO2, to establish API’s position on “climate matters,” and to edit API’s technical […]

June 9, 1980 internal memorandum from Exxon Research and Engineering’s H.N. Weinberg to H. Shaw and N.R. Werthamer about Exxon’s CO2 research initiative, the “Greenhouse Program.” Shaw was a manager of the Environmental Area in Exxon Research & Engineering and an early advocate for the company’s research of atmospheric CO2. Werthamer was Shaw’s boss. This […]

A 1980 report, “Review of Environmental Protection Activities for 1978-1979,” produced by Imperial Oil, Exxon’s Canadian subsidiary, again suggests that Exxon knew that CO2 was a harmful pollutant in the atmosphere in the 1970s. Lines in the document include: “It is assumed that the major contributors of CO2 are the burning of fossil fuels… There is no doubt […]

On May 15, 1981, Henry Shaw, a manager with Exxon Research & Engineering’s Technology Feasibility center, sent a “Preliminary Statement of Exxon’s Position on the Growth of Atmospheric Carbon Dioxide” to Edward. E David Jr., president of the Exxon Research and Engineering Company. The inter-office correspondence outlined Exxon’s “current position on the CO2 Greenhouse effect” […]

August 18, 1981 memo from Exxon’s Roger Cohen to Exxon’s Werner Glass with comments about Glass’ draft report on possible consequences of fossil fuel consumption out to 2030. Cohen writes that it is very likely “we will unambiguously recognize the threat by the year 2000 because of advances in climate modeling and the beginning of real […]

Copy of a presentation by scientist Andrew Callegari regarding “CO2 Greenhouse Effect” and Exxon climate modeling at an August 24, 1982 meeting. Presentation predicts a change in climate and that the “first effects predicted by year 2000.”

This is a speech to a 1982 gathering of climate scientists at the Lamont-Doherty Geophysical Observatory by Dr. E. E. David, Jr., president of the Exxon Research and Engineering Company, regarding the “greenhouse effect,” i.e. climate change, and the importance of scientific research in figuring out how to respond to it – how to “invent […]

Exxon Memorandum dated May 7, 1985 with attached handout for a meeting with Exxon CEO Lee Raymond and Managers of Exxon’s Corporate Research Program which includes a section on Exxon’s research into the ‘CO2 Greenhouse’ effect. 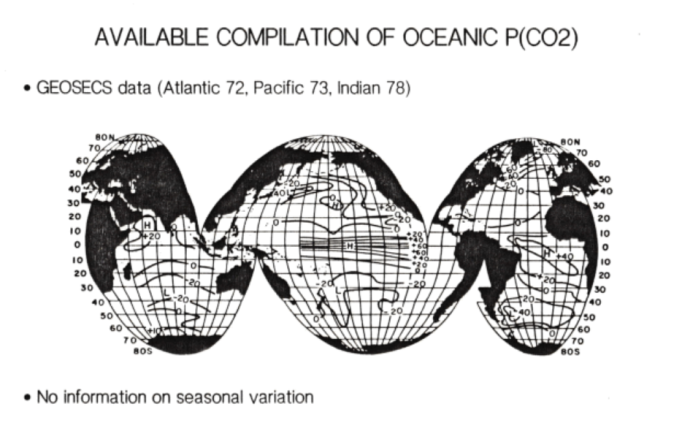 This is a presentation given by Exxon Research and Engineering Company’s Brian P. Flannery, who became one of Exxon’s primary climate researchers after joining the company in 1980. His initial research for Exxon on the relationship between CO2 and climate change confirmed the results that other scientists were finding at the time, predicting that doubling […]

1988 Exxon Memo on the Greenhouse Effect

This document, revealed through a Los Angeles Times investigation, features statements by Joseph M. Carlson, an Exxon spokesperson. In the document, Carlson states that the “greenhouse effect” may be one of the most significant environmental issues of the 1990’s and that the main greenhouse gases are by-products of fossil fuels. Carlson admits that the increase of […]

“Predicting Future Climate Change: A Primer” is a draft document from the Global Climate Coalition (GCC), dated December 1995. This document and others were submitted during discovery in Green Mtn. Chrysler Plymouth Dodge Jeep v. Crombie and Central Valley Chrysler-Jeep, Inc. v. Witherspoon. Covered in part by The New York Times in 2009, the full […]

Exxon Corporation’s Fall 1996 Publication, “Global warming: who’s right? Facts about a debate that’s turned up more questions than answers,” includes a statement by then Exxon CEO Lee Raymond trumping up uncertainty in the science behind global warming as well as the cost of a carbon-restricted market. Relying on economic analysis and emphasizing scientific uncertainty, […] 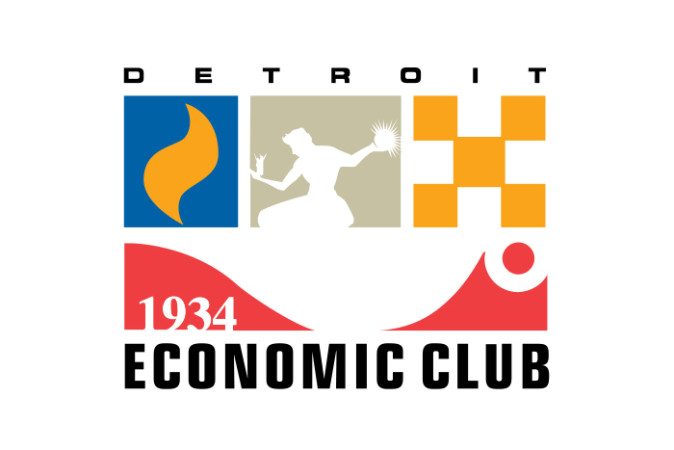 1996 Exxon’s Lee Raymond “Energy, The Economy, And The Environment: Moving Forward Together”

In 1996 Exxon Corporation’s Chairman Lee Raymond delivered a speech titled “Energy, The Economy, And The Environment: Moving Forward Together” to the Economic Club of Detroit. Raymond underscored the common bonds and past accomplishments of the petroleum and automotive industries in “fighting a battle against misinformation.” Outlining “the need for economic growth and energy development […] 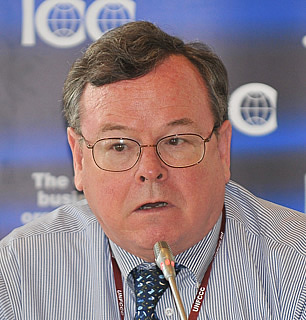 In the fall of 1996, Lee R. Raymond Chairman, Exxon Corporation, had an article published in the oil company’s publication, The Lamp. The title of the article was, “Climate change: don’t ignore the facts.” Raymond wrote, “Proponents of the global warming theory say that higher levels of greenhouse gases — especially carbon dioxide — are causing […]

October 13, 1997, Exxon Corporation’s Lee Raymond, chairman and CEO, spoke at the World Petroleum Congress in Beijing, China. Lee Raymond was speaking two months in advance of the Third Session of the Conference of the Parties (COP 3), in Kyoto, Japan. Lee Raymond said that there are parties asking for binding agreements to cut the use of […]

April 1998, American Petroleum Institute’s secret plan was leaked – the Global Climate Science Communications Plan. The plan was created just months after the Kyoto Protocol was signed in December 1997. It was developed by representatives from Exxon (specifically Randy Randol), Chevron, Southern Company and representatives from conservative and libertarian organizations. The plan includes a multimillion dollar, […]

This pamphlet, circulated to both U.S. and international policy-makers questions whether climate change is man-made and if so, the extent of contribution of fossil fuels to the problem. Although statements in this pamphlet are partially true in that Exxon “carefully studied” the science behind climate change, it contradicts its own internal findings with early climate […]