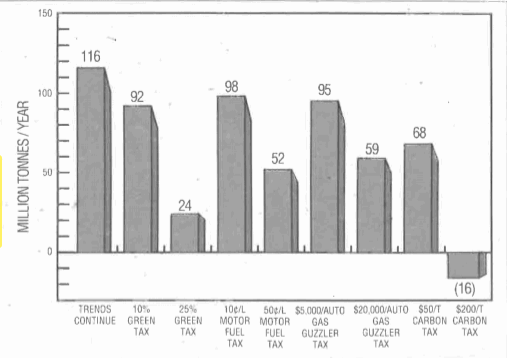 This collection of documents was gleaned from the Glenbow Museum’s Imperial Oil Archive, over the past several years. The original documents are now housed at the University of Calgary. This is the most comprehensive collection of these documents published on the internet to date and were collected by researchers at DeSmog.

Some Imperial Oil documents were used by the team at Columbia Journalism School for this October 2015 Los Angeles Times story, but the documents themselves were not published. Several more important Imperial Oil and Esso Canada documents were found by Inside Climate News and referenced in a December 2016 story on the climate impact of Exxon/Imperial’s tar sands development.

DeSmog researchers published documents found in this same archive in mid 2016, finding a 1980 document with a statement by Imperial’s Environmental Protection Coordinator, declaring:

“There is no doubt that increases in fossil fuel usage and decreases of forest cover are aggravating the potential problem of increased CO2 in the atmosphere.”

DeSmog also found a 1970 Imperial documents showing CO2 listed as a “pollutant,” a designation the oil industry and others have fought tooth and nail to prevent.

Imperial documents from the early 1990s show a high level of interest and participation in the climate policy debate, especially in response to the release of Canadian government’s Green Plan:

A 1990 internal Imperial document declares: “…by far the greatest issue facing us is the potential for global warming. Concern over this issue is now mobilizing the development of public policy in Canada and this is sure to have a significant impact on energy production and use.” The document then discusses the importance of rectifying scientific uncertainty and the work Imperial was doing “to advance understanding of the issue and to assist in the consultative process with the Canadian Government” and concludes, “It is now clear that every major project we propose will be judges in terms of its contribution to greenhouse gases.”

In a series of more public looking documents (though we cannot ascertain how widely they were distributed) Imperial is engaged with the Canadian government and starts the introduction to one document:

“As a leading industrial company in Canada and a major producer of fossil fuels, petroleum products and petrochemicals, Imperial Oil Limited has an important stake in the development of public policy to address the growing environmental issue of climate change. At Imperial, we are committed to fulfilling our environmental responsibilities to society, to being part of the solution.”

To further bolster its social license in Canada, Imperial/Esso conducted an internal audit of its own carbon emissions in 1991. Subsequently, Exxon fought and blocked shareholder resolutions asking for such a company wide audit for many years.

Indeed by 1998, Imperial had done an about face, with the CEO publishing in the Imperial Oil Review, a document titled “A Cleaner Canada” doubling down on over and over on climate denial:

“One thing is clear in this debate. There is absolutely no agreement among climatologists on whether or not the planet is getting warmer or, if it is, on whether the warming is the result of man-made factors or natural variations in the climate.”

“The debate over [global warming] centres around whether the burning of fossil fuels…will cause temperatures around the world to rise to the point where we will be faced with a planetary disaster. It is important to understand that this issue has absolutely nothing to do with pollution and air quality.”

“Carbon dioxide is not a pollutant but an essential ingredient of life on this planet – the plant world cannot live without it.” “I feel very safe in saying that the view that burning fossil fuels will result in global climate change remains an unproved hypothesis.”

These documents provide crucial insight into the way the oil industry and specifically ExxonMobil has manipulated the public policy process over the past 30 years.

The collection includes every Imperial Annual Report from 1961 through 2015!