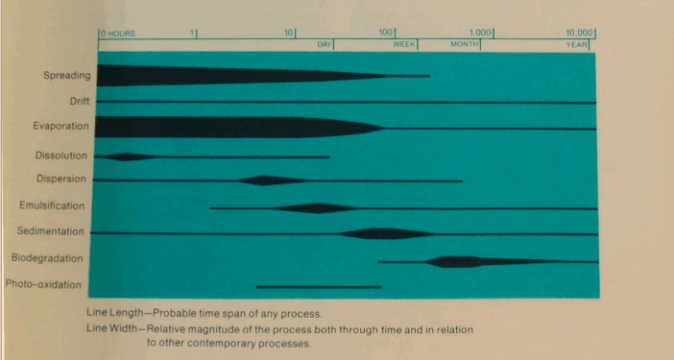 This 1979 document from Imperial Oil Ltd, the Canadian subsidiary of Exxon, is a pamphlet on “Fate and Effects of Oil in the Sea” including an accompanying cover letter from a supervisor of Esso Resources Canada Limited. This document is part of the ClimateFiles Imperial Oil document set, gleaned by DeSmog researchers from the Glenbow Imperial Oil Archive Collection.

The report includes industry talking points regarding environmental damage done by oil spills, such as statements that “the presence of oil in the marine environment is to some extent unavoidable,” and that “natural seeps have been discharging petroleum into the marine environment for millions of years.” The framing of these statements, particularly the argument that oil spills are natural and unavoidable, mirrors much of the fossil fuel industry’s later framing of the climate crisis, which they also contended was natural and unavoidable.