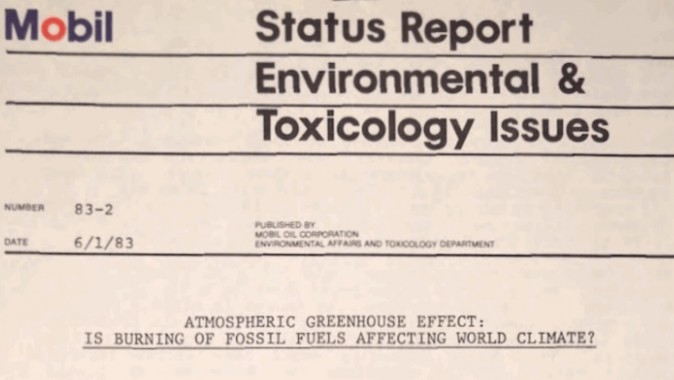 The Mobil status report notes that there are some scientists calling for actions to be made soon because of the “extremely long lead time for any conceivable corrective actions.” The status report also notes that while the theories of atmospheric greenhouse effects are controversial, scientists are predicting temperature changes, droughts, and sea level rise. Mobil believes that the greenhouse effect will continue to draw attention by government agencies and that there might be restrictions placed on the distribution of fossil fuels.

The status report also reveals that Mobil is a participant in the American Petroleum Institute (API) climate model research projects.

One thought on “1983 Mobil Memo on the Atmospheric Greenhouse Effect”