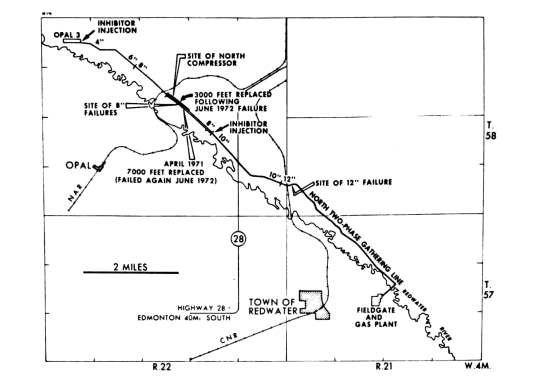 This 1976 document from Imperial Oil Ltd, the Canadian subsidiary of Exxon, is a paper presented by employees of Esso Chemical Canada and Imperial Oil Limited regarding a program for corrosion mitigation for the Redwater oil field. This document is part of the ClimateFiles Imperial Oil document set, gleaned by DeSmog researchers from the Glenbow Imperial Oil Archive Collection.

The document includes a summary of recent problems encountered with various pipelines, noting that “beginning in 1973 the frequency of corrosion related damage…began to increase at an alarming rate.” Furthermore, the document concludes that “earlier recognition of the problem would have resulted if improved observations had been recorded initially.”