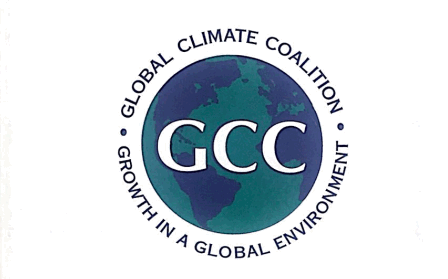 This document is a 1998 brochure published by the Global Climate Coalition (GCC), and distributed at the Sixth Conference of the Parties (COP) to the United Nations Framework Convention on Climate Change (UNFCCC). The GCC was an industry-funded organization that opposed greenhouse gas regulations through direct engagement and collaboration with affiliated climate deniers from 1989 to 2002. Its membership spanned across the automotive, utility, manufacturing, petroleum, and mining industries.

In this brochure, the GCC attacked the design and implementation of the Kyoto Protocol claiming that it “threatens U.S. sovereignty and security.” It also challenged the necessity of any international treaty stating, “[v]oluntary action is already lowering greenhouse gas emissions while scientists still debate the potential human impacts on climate.” According to conference attendees, this pamphlet was distributed at the sixth COP of the UNFCCC, which took place in November, 2000. The ratification of the Kyoto Protocol was a major topic of discussion at the meeting.

This pamphlet includes many of the frequent talking points of the GCC about the Kyoto Protocol, and uses quotes from climate deniers such as John Christy and Patrick Michaels as evidence for its claims. The document also uses quotes from prominent scientists and politicians, which seem to cast doubt on such phenomenon as the relationship between climate change and increasingly intense weather events. However, in many cases the quotes being used in this brochure do not exist in the documents cited, or are otherwise mischaracterized.

On page 9 of this document, for example, under the heading “Severe Weather,” the GCC cites the May 1998 report from the National Oceanic and Atmospheric Administration (NOAA) as saying that “it cannot be determined from current evidence whether El Ninos are becoming more frequent or more severe because of global warming.” In fact, this quote cannot be found anywhere in the May 1998 NOAA report. Rather, the Administration’s comments on the relationship between severe weather and global warming state that “[m]ost scientists believe we are now seeing the early signals of a global warming…These changes include surface land and ocean temperature increase, glacier retreat, ice shelf disintegration, sea level rise, rainfall increase, and changes in upper air temperature patterns…the resulting local, regional, and large scale changes in climate, including changes in weather and climate events, will have significant impacts.”

Similarly, the document cites testimony from IPCC chairman Robert Watson to the House Committee on Small Business in July of 1998, where Watson apparently “acknowledged ‘significant uncertainties regarding whether global warming is occurring.’” There appears to be no documentation on any government website of this testimony taking place, and the only evidence of Watson appearing before the Small Business Committee in July of 1998 comes from the archives of the Competitive Enterprise Institute (CEI), which funds the climate-denialist Cooler Heads Coalition. In CEI’s account of the hearing, Watson contextualized the ‘significant uncertainties’ quoted by the GCC’s pamphlet by stating that “[t]he overwhelming majority of scientific experts recognize that scientific uncertainties exist, but still believe that human-induced climate change is inevitable.”

The fact that this brochure was distributed at a meeting of the COP contributes to a narrative of consistent presence and pressure from fossil fuel industry groups at international climate conferences. The GCC has sent representatives to COP for many decades, using their access to monitor the progress of negotiations and exert influence where possible. The extent of the GCC’s influence, particularly over the U.S.’ rejection of the Kyoto Protocol was made clear in a 2001 State Department Briefing memo on a meeting between the GCC and then-Under Secretary of State for Democracy and Global Affairs, Paula Dobriansky, who states that “POTUS rejected Kyoto, in part, based on input from you.”