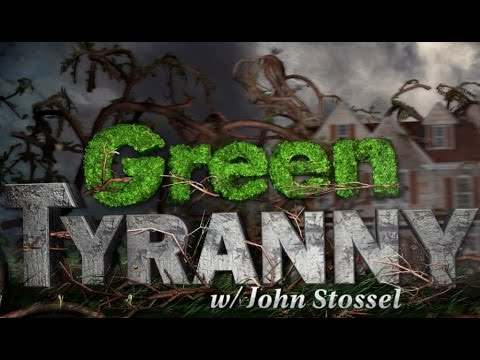 This video is part of John Stossel’s “Green Tyranny” series. Green Tyranny originally aired on  Fox until Stossel began working with the Koch-funded Reason Foundation. Stossel was a host on Fox Business before switching to YouTube as his primary media platform.

The Green Tyranny series is comprised of short videos that focus on a different issue with each installment. Stossel’s topics have ranged from recycling to SeaWorld to the “Propaganda Machine” behind climate change. This particular episode, titled “The Truth About Climate Change”, features interviews with former Georgia Institute of Technology professor Judith Curry and Cato Institute’s Center for the Study of Science director Patrick Michaels. Stossel also interviews Bill Moomaw, a professor of environmental policy at Tufts University, who provides the role of the “climate alarmist.”

Throughout the video, Stossel focuses the climate change debate around the impacts, asking “is [climate change] dangerous? Is it gonna harm people?” He argues that “a few degrees [of] warming might be good.” and that “cold waves kill many more people than heat waves.” Michaels, an established climate denier with longstanding financial ties to fossil fuel interests, supports Stossel in this line of argument. He ties the warming climate to the increasing life expectancy in certain parts of the world; “[w]e don’t really care whether it warms a degree in the next 60 years. It warmed a degree in the last hundred years. Life expectancy doubled!”

Michaels goes on to portray the “climate alarmists” as people pushing issues to “compete with each other… for your money.” He argues that in contrast to previous “environmental catastrophes” like the population bomb or global cooling, “the global warming scare has longer legs ‘cause it’s got more money.”

Curry contributes her perspective as a scientist who initially “bought what they were saying.” She says that her mind was changed after “ClimateGate,” when “a group of esteemed scientists were strategizing to squash their opponents.”

Curry says that she reconsidered her stance on climate change because of the scandal: “I thought, oh, wait a minute, why should I believe this instead of my own judgement?…I was trying to be honest as a scientist… it was very unpopular with a lot of my colleagues. They were trying to squash people who disagreed with them … I get emails from people all the time who wish they could speak out.”

When discussing possible “redemption” from the “sin” of emitting fossil fuels, Stossel asks Moomaw about his energy-neutral home in New England. Stossel highlights the economic inaccessibility of building these homes (“that just hurts the poor”) and emphasizes that compared to issues like poverty and disease, “dirty water, horrible things that are killing people now,” addressing climate change should be far from a priority. When Moomaw pushes back that disease, poverty, and climate change are intertwined (“it’s not an either-or thing”), the interview cuts out and Stossel closes the clip speaking directly to the camera: “But government action is an either-or thing. We don’t have endless money. If we want to help people, we ought to do what really helps.”