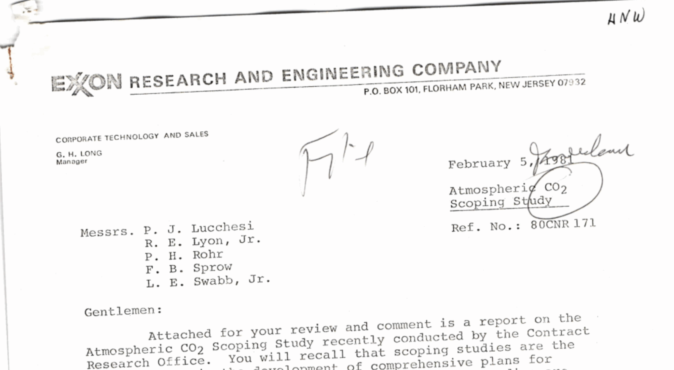 This 1981 document contains a scoping study conducted by Exxon to determine whether the company should develop a more comprehensive research plan to address climate change and atmospheric C02 levels. In sum, the study concludes that Exxon should not expand its climate change research and development because its current programs “are adequate to serve Exxon’s needs.” In addition, the study reveals the corporation did not extend its R&E program because no federal government funding would be available.