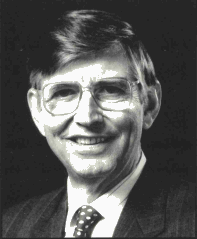 On September 14, 1992, Lodewijk van Wachem, chairman of the Supervisory Board of Royal Dutch Petroleum Company (“Shell”), gave a speech titled, “The three-cornered challenge – energy, environment, and population.” Unearthed by Jelmer Mommers from journalism platform De Correspondent in a trove of internal Shell documents, this speech was given by van Wachem as he received the Cadman Award. The recognition was bestowed by the Cadmen Memorial Fund, which has provided an “endowment of a memorial award and lecture on an aspect of the science petroleum” since 1946.

Van Wachem’s “three-cornered challenge” is the reconciliation of “the world’s increasing demand for energy, the growth of world population, and the need to safeguard a viable world for future generations.” The first “corner” of the challenge is that economic growth is “required to meet the aspirations of the people of developing countries and … to achieve sustainable development.” The second “corner” is that growth, which is “the impetus” for sustainable development, requires “the consumption of greater quantities of energy. Yet the generation of energy, particularly from the burning of fossil fuels, presents inherent environmental problems.” Van Wachem notes that it is this “environmental degradation which has been associated with industrial development” that threatens the “viable world for future generations,” which is the third “corner” of the challenge. According to Wachem, population growth and the severity of environmental degradation and global warming are “inextricably linked.”

In the lecture, van Wachem expressed his confidence in the ability of his peers and human ingenuity to solve “every environmental problem,” including those caused by the burning of fossil fuels. He notes that the industry was already taking innovative steps by supplying “clean coal technologies,” enhancing energy efficiency, upgrading equipment, and improving “product quality.” Van Wachem expressed concerned that these innovations by industry were often lost on the public. He stated they were being “outpaced by the increasing skills” of “analytical technology” used to test for pollutants, making it seem as though there was consistently “discovery of a new hazard to our lives resulting from industrial pollution.”

Throughout his lecture, van Wachem recognized the global scale of the problem advocating that we “view the earth as one entity” and accept “unpopular decisions” such as allowing higher production of “greenhouse gases in some areas” which would be “offset by lower emissions elsewhere.” Despite this call for global cooperation, van Wachem specified that “government intervention in the process of change, either nationally or internationally, should not distort competitive forces,” stressing that industry’s ability to “finance programmes to reduce its environmental impact depends on its continuing to make a profit.”

With these cautionary words, van Wachem embraced Shell’s responsibility to work with governments to “seek desired solutions to environmental problems,” stating it is “[t]he duty of industry… to ensure that these decisions are based on a correct understanding of the relevant facts.” However, van Wachem qualifies this assertion saying “[c]ompanies should take the lead when they can; but…they should not be expected to gamble reputation or assets.” He emphasizes that it is up “the world as a whole” to manage the demands on “earth’s resources.”

In light of the gravity of the challenge van Wachem described, he expresses optimism that a “sustainable pattern of growth” could be achieved. Included in his vision for the future are fossil fuels which Wachem deems “will continue to dominate energy supply for many years” despite some shifts “driven by environmental concerns.”