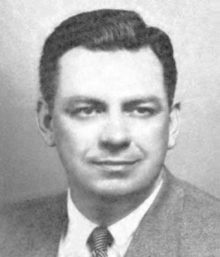 This document, uncovered by Benjamin Franta in a letter to the Editor of Nature, contains the annual remarks of the American Petroleum Institute’s (“API”) President, Frank Ikard. Delivered in 1965, Ikard was preparing the oil industry for the challenges in the coming year. Significant for his acknowledgement of the 1965 Science Advisory Committee report (“Report”) that highlighted climate change and carbon emission hazards, Ikard worried of the industry’s challenges as they “grow in number, size, and complexity year by year.” In the face of The Water Quality Act, Clean Air Act amendment, and local regulations addressing pollution, Ikard said “[i]t takes no crystal ball to see that our involvement in government matters will intensify in the year ahead.”

Guaranteeing that the Report would “fan emotions, raise fears, and bring demands for action,” Ikard invited attendees to study the “sweeping” recommendations. Ikard emphasized that “[o]ne of the most important predictions of the report [was] that carbon dioxide is being added to the earth’s atmosphere by the burning of coal, oil, and natural gas,” which would lead to “marked changes in climate beyond local or even national efforts.”

Inspired by the Report, Ikard called on his association’s membership to prepare for a deeper involvement in government relations and public affairs – to become better “articulators of the industry’s point of view.” Confronting “charged emotionalism,” Ikard called on industry to “do what [they] can to put a good cause on a rational track” rather than let it be “obscured by rash statements and fanciful notions.” Pursuant to his own advice, Ikard recounted their contact with President Lyndon B. Johnson, warning of the “waste of money and time that can be involved in … false starts.”

More than greater engagement, Ikard singled out otherwise reluctant industry participants while plugging the utility of his association: “But … we need more than just … voices added to the chorus … our industry is best understood, and its needs are more readily appreciated, when it can strike a single note. Our industry thrives today because it has identified those areas that could help, or impede, its progress; and when it has responded, it has done so in a clear voice, easily understood. So, we look toward 1966 as a year of great challenge and opportunity. It can also be a year of achievement if we have broad participation and strong support, which I know we will have, in these areas of common concern.”