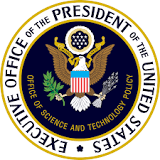 At the request of President Carter’s Executive Office, the National Academy of Sciences convened the Climate Research Board to assess the scientific basis for “future climatic changes resulting from man-made releases of carbon dioxide into the atmosphere.” The study concludes that at the present rate of carbon emissions the global surface will warm 2 to 3.5 degrees Celsius. Further, after studying radiative heating, cloud effects, and ocean heat transport, they were “unable to find any overlooked or underestimated physical effects that could reduce the currently estimated global warming…”

The report begins by discussing the atmospheric concentration of carbon dioxide. They note an increase of 20 ppm of carbon from 1958 to 1979. The group warns that if all present fossil fuel reserves were used for combustion it would increase the airborne proportion of carbon dioxide by 30% to 50%. Hoping to find a process that would mitigate carbon emissions, the report delves into the relationship between earth’s natural cycles and the heightened carbon dioxide content. For instance, they discuss the change on earth’s albedo effect because of melting ice caps. A decrease in land covered by snow lowers the mean global albedo and, in turn, increases the earth’s absorption of solar radiation. The report also points to increased water vapor which could increase the globe’s temperature by 2 degrees Celsius. Lastly, positive and negative feedback systems are discussed in relation to cloud cover and ocean layering. In both instances, there are circumstances that could accelerate or decelerate the effects of global climate change that require more analysis and data collection.

Overall, this is another example of how early scientists, politicians, and industry groups were presented with evidence of both the effects of carbon dioxide on the environment and humanity’s role in the atmospheric increase. While this report concedes to certain uncertainties, they have enough data to conclude that, at this rate, carbon dioxide content will be doubled by 2030 and that the earth’s climate will change drastically.